This is the New Wax Podcast!

Brought to you in part by GoDaddy.com, make sure to check out the promos we are running!

Tonight we talk about Dickies Blint’s Art, with no straws!

Luppy gives us an update on Living Luppy and we talk about Whole Paycheck and how it can leave things “behind.”

Joe talks about performing with NeverGreen, the new site for Luped Up Records that is coming.

Than we cover our returning guest Face The Kings! 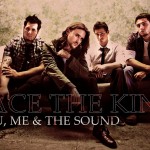 They are currently finishing up their new EP. Than Face The King will be touring the tri-state area during the summer of 2012, starting with a sold out show at Gramercy Theater at the end of March. Face The King is ready to take the stage this summer – promising to offer a show and an EP worth every bit of the hard earned money people work for every day.

Face The King invites everyone to listen to the new EP and to come and sing along at shows, believing that the live show is an experience that is shared between the band and the audience.  Currently playing to packed houses all around the NY Tri State Area, Face The King is earning the reputation as a band you need to experience live.e King’ssummer – with a new record, new fans, new venues, but the same work ethic that has gotten them this far. Face The King is not waiting for a label to hand them a deal – they are earning it the way it was meant to be earned… by hitting the road and making new fans.

He is a singer/songwriter who takes great pride in writing songs thatwork on many different levels. Some of his songs have a serious tone while others are simply about having fun, his massive potential makes him endeared to lots of Artiste, Fans, Producers across the globe featuring in their tracks.

He has worked with Producer and Artist from Australia, U.S.A, Namibia, South-Africa who featured him in their songs and Nigeria his country of birth, more collaborations keep coming he can’t just help it.
His songs are enjoying massive air-plays in Clubs and Radio-Stations across the globe; in Uk , U.S.A, Australia, Italy, Ghana, Namibia etc.. 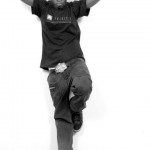 He started music at the very tender age of seven(7) ministering in the
church teenage choir and into the adult choir. Apart from been a
Singer and a Performer Lil Gee has got extraordinary talent in playing the drum-set, He’s also a Cartoonist, Graffiti Artist and also an On-Air Personality/Host for a Musical Show Tagged: New Wheels on Choice-Fm a Radio-Station in the city of Lagos where he reside.
His Achievements are as follows: Top40 in Gospel July & October 2012 with the song ”Morning Glory”, having thousands of Entries and Top40 in Electronica in November 2012 with his Club Smash Hit single ”Dancehall On Fire” here : http://www.ourstage.com/raggamonster on ”OURSTAGE” A Powerful Source and Enabler for New Music Discovery www.ourstage.com.
His Pop Smash Hit single ”One Of A Kind” which he submitted for the OKMusic CHILLY CHRISTMAS Campaign in the search for attractive and suitable music to be featured in a film, his song was shortlisted among the best Finalist.

Join us in 2 weeks when we come back with an all new episode! 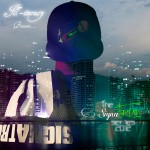 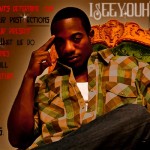