This week on New Wax we talk about MoleHill, a rockin’ band out of Chicago.

“Do not be fooled by the name. Chicago’s Molehill is more like a mountain constructed with big guitars, melodic keyboards, and pounding drums. Combining elements of progressive rock with pop sensibilities along with expansive and emotionally charged lyrics, this band delivers a symphonic listening experience.”

AND! MoleHill is giving away their music for FREE in the New Wax Store!

Check it out here: http://bit.ly/P0IcSt 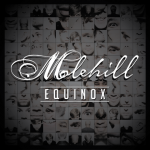 To learn more about MoleHill you can follow the links below:

Tonight we sit down again and review the submissions from Raw AKA Spaceman. 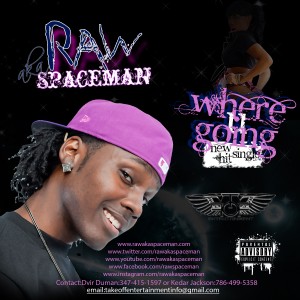 Raw AKA Spaceman is from the” Lil Haiti” streets of Miami, Florida.

He instantly knew he had a passion for music at the age of ten, after playing around one night with his older cousin on an old jukebox. He briefly took piano lessons and with the help and motivation from his mother he was able to get some equipment and began teaching himself how to use them while recording his music at local music studios.

As an artist he learned that music was a tough industry and begin recording himself and making his own beats when others failed to accommodate his musical genius, which ultimately gave him the skills to be a well rounded artist, producer, and songwriter.

Raw AKA Spaceman has even been signed to a very prominent producer under a producer/songwriter production deal.

With the hands on experience and knowledge of the music industry Raw was able to start his own music entertainment company “Take off entertainment” where he has produced and written songs for many well known artists.

To learn more about RAW aka Spaceman you can follow the links below: